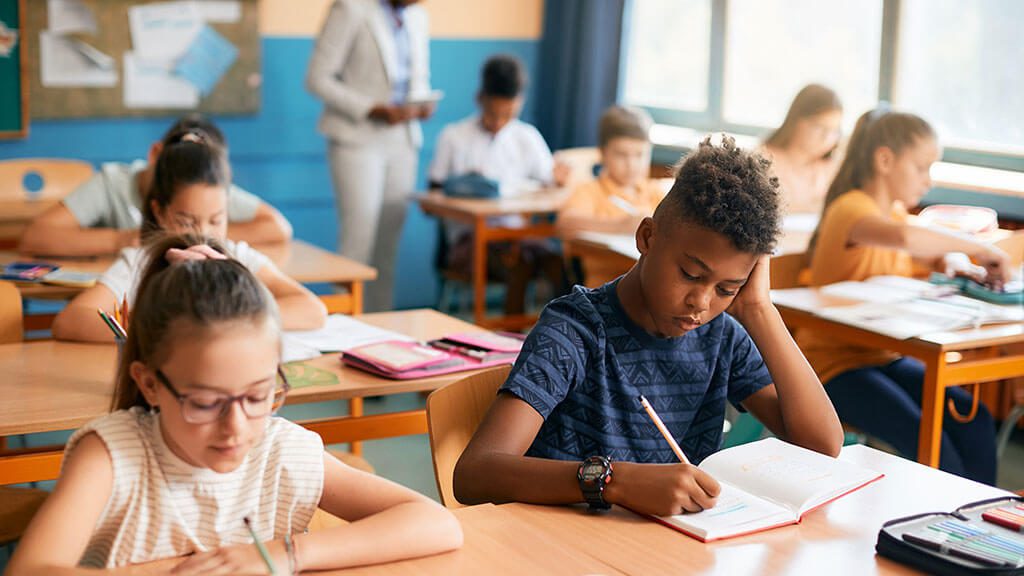 How Is Solar Window Film Beneficial For School?

Window film has emerged as one of the most popular green remodeling projects for a variety of reasons. It not only benefits building operators, faculty, and students; but also the planet. Knowing this, schools can install professionally installed window film as an economical means to advance their green goals.

How Does Solar Window Film Help Save Schools Money?

According to the U.S. Department of Energy (DOE), between 25 to 35 percent of wasted building energy is blamed on inefficient windows, and many older buildings still have less efficient single pane glass windows. With professionally installed energy control window film, a building’s windows can allow in less than 25 percent of solar energy, versus allowing in 90 percent without the film. Once installed, window film may offer year-round savings of about 5 to 10 percent of the total energy bill — for cooling alone the savings may reach 30 percent.

Solar window film is also, an eco-friendly choice that offers significant savings per dollar when compared to replacing an entire window. It offers seven times the energy efficiency when compared to typical window replacement, resulting in affordable windows that still improve a building’s environmental performance.

In addition, solar window film applied to buildings, such as schools, reduce the amount of solar heat and glare that enters the building. This can help to reduce the cooling load on the building’s HVAC system, which can result in energy cost savings.

Solar window film can be a valuable tool for schools that are looking to “go green” and reduce their environmental impact. By reducing the amount of solar heat gain that enters a school, solar window film can help to reduce the cooling load on the building’s HVAC system. This can lead to energy savings and a reduction in greenhouse gas emissions.

The U.S. Department of Energy reports that K-12 schools annually spend $8 billion on energy, and emit an estimated 72 million metric tons of carbon dioxide—equivalent to the output of 18 coal plants, or more than 8 million homes, according to an analysis of agency data by the advocacy group Generation180.

Overall, solar window film can be an effective way for schools to “go green” by reducing energy consumption, improving indoor comfort, and preserving the interior of the school.

With Las Vegas having some of the highest temperatures in the country, temperature control should be a priority to schools. Temperature control in classrooms can have a significant impact on student learning. Studies have shown that when the temperature in a classroom is too hot or too cold, it can negatively affect student attention and concentration, leading to decreased performance on tests and other academic tasks.

The ideal temperature for learning is around 68-75°F (20-24°C) with a relative humidity of 40-60%. When the temperature is too high or too low, it can cause discomfort and distraction, making it harder for students to focus on the task at hand.

Overall, solar window film can be an effective way to improve the learning environment for students by providing comfortable temperature and reducing glare.

How Does Solar Window Film Protects Schools From Break-Ins?

Thieves and vandals usually go for the windows because they’re breakable and easily damage. However, solar window film windows are less vulnerable to break-ins. That’s because instead of glass fracturing into numerous pieces, solar film holds them together. This helps protect your school from thefts and vandalism.

How Does Solar Window Film Help Protect From Cancer?

Solar window film can block cancer by blocking harmful UV (ultraviolet) rays from the sun. UV rays are a known cause of skin cancer, and prolonged exposure to UV rays can increase the risk of developing skin cancer.

Solar window film can block up to 99% of UV rays, which can help to reduce the risk of skin cancer for students, teachers and staff who spend a significant amount of time in direct sunlight at school. Being that Las Vegas is one of the sunniest cities this is a extremely helpful benefit.

It’s important to note that solar window film is not a substitute for protective clothing or sunscreen and should not be used as a primary means of protection against UV rays.

Overall, solar window film can be an effective way to block cancer by blocking harmful UV rays, reducing the risk of skin cancer for people inside the school.

How Does Solar Window Film Benefit A Schools Interiors?

Solar window film can also be beneficial in preserving the inside of a school, especially with our sunny days in Las Vegas. One of the keyways it can do this is by blocking UV rays. UV rays can cause fading and deterioration of both natural and synthetic materials, such as artwork, furniture, flooring and even books. By blocking UV rays, solar window film can help to protect the interior of a school from fading and damage caused by UV radiation.

Additionally, solar window film can also help to reduce the amount of heat and glare entering a school, which can help to reduce the risk of fading and damage caused by heat and light. This can be especially beneficial for preserving delicate materials such as artwork, historic artifacts, and other valuables on display.

Overall, solar window film can be an effective way to protect the interior of a school by blocking UV rays and reducing heat and glare, thus preserving the school’s interior and valuables.

How Does Solar Window Film Enhance Privacy For Schools?

Solar window film can enhance privacy for schools in several ways. One of the main ways it can do this is by providing a level of obscurity to the interior of the building, making it more difficult for outsiders to see inside. This can be especially useful for schools located in busy areas or near busy roads, where passersby may be able to see into the building and become distracting to students.

Aside from their cost effectiveness and aesthetic appeal, solar control films are also beneficial to schools due to the indoor air quality they promote. Beyond that, they can help you save money while providing a healthy and safe environment for students, faculty, and building operator alike.

Find out how we can help your school in the greater Las Vegas area with solar window film by scheduling an appointment here or calling us at (702) 846-3959.